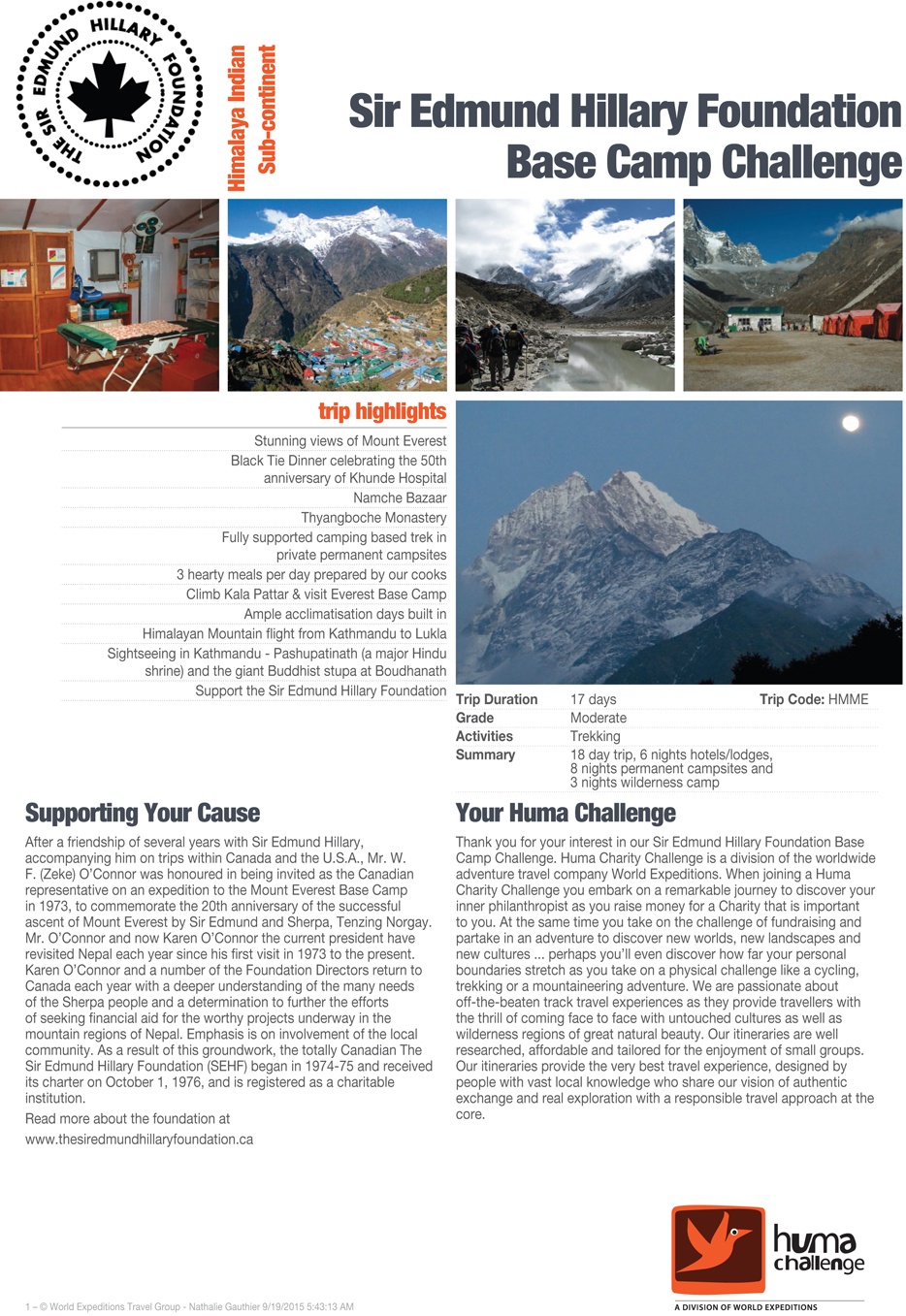 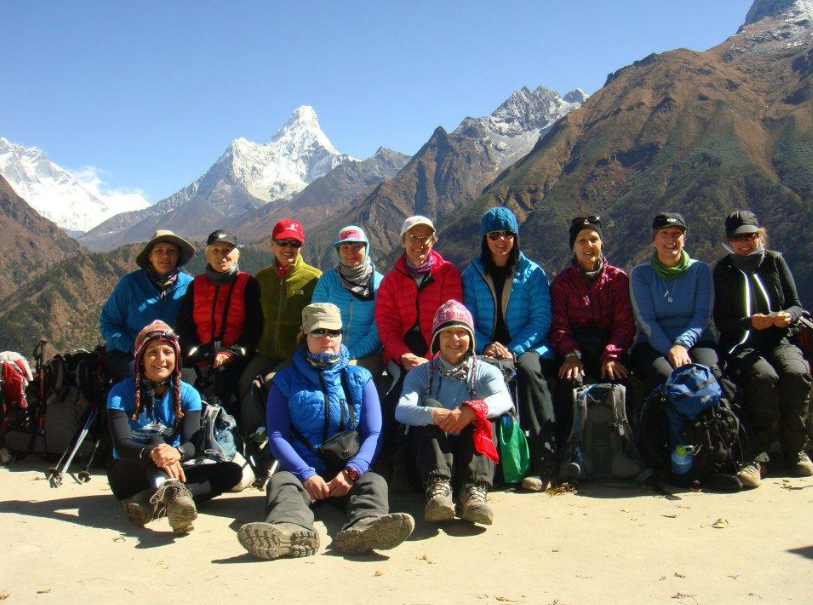 12 Women from Toronto, calling themselves the Everest Eves, embarked on a once in a lifetime 16-day trek to Everest Base Camp starting Oct 23rd, 2012. They wanted to give something back to the community they were visiting so prior to leaving; they decided to raise funds in support of the Sir Edmund Hillary Foundation (Canada). The Eves solicited donations from family and friends and held numerous fundraising events to raise $23,600 to build fully equipped washrooms for the girls at the new Zeke O’Connor High School in Phaplu village in the Solu-Khumbu region.
The trek through the Khumbu Valley was amazing! The towering mountains all around us were a spectacular backdrop as we shared the trail (and all those stairs!) with yaks, horses, donkeys, porters, local villagers and other trekkers from all over the world. It was quite the busy route. And finally, after a lot of huffing and puffing, treading carefully over rocky terrain, we made it to Everest Base Camp. It was an emotional moment. The whole adventure brought us together … we will be friends for life. It was quite the challenge but we made it! 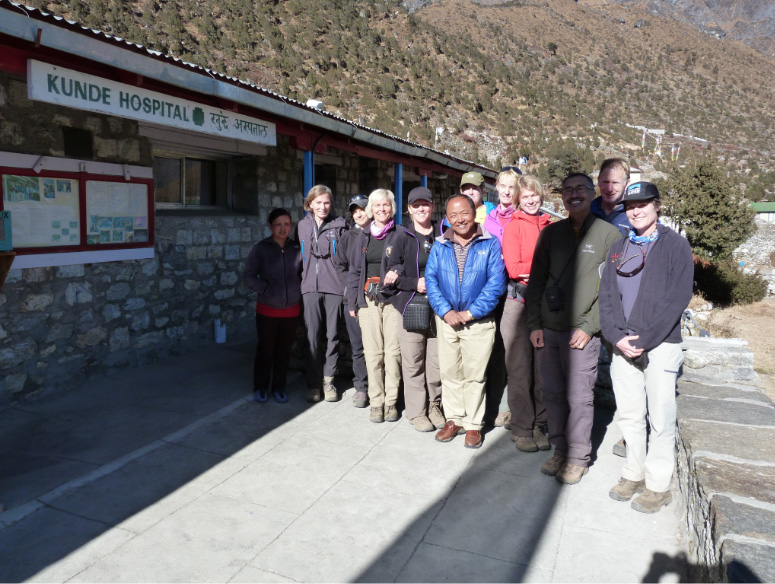