Sir Edmund Hillary built the Kunde Hospital in 1965-66 with the assistance of the Lion’s Club of Auckland, New Zealand, and  Sir Edmund’s friends who were working in Nepal as part of the Himalayan Trust.  The New Zealand Government contributed a limited amount financially to this project.

The SEHF approached the Canadian International Development Agency (CIDA) and submitted a project to fully fund the operation of the Kunde Hospital.  At that time the Hospital needed refurbishing and an addition to the Hospital plus an extra building to house charcoal, drugs and other supplies.  These renovations and building were funded.

For more than 30 years, the SEHF has funded and monitored the operation and administration of the Kunde Hospital and appointed eight husband and wife team of doctors, and each year has visited the Hospital.  Reports have been submitted to CIDA on an annual basis.

Since 1987-88 the SEHF has paid more and more attention to the medical clinics and its health workers with the objective of passing on increased responsibility in certain health areas to them.

In 1991 it was decided by the local people, the Himalayan Trust and the SEHF medical committee to explore the use of midwifery in the Solu Khumbu area.  This research and the establishing of fully trained mid-wives are still taking place.

Equipment such as x-ray equipment, blood analyzers and operation sanction machinery has been added.  A new x-ray machine was introduced to Kunde as well Ultra-sound equipment was donated to the hospital and put to use in late 1999. Other required equipment has been added as needed.

The Kunde Hospital is available to service about 5 to 8,000 Sherpas living in the Solu – Khumbu area of Nepal and the 20,000 or more trekkers in the Khumbu (Mount Everest) area.  The Hospital staff from 1966 to 2002 was comprised of two western volunteer doctors, three paid paramedics staff twelve months a year.  It is the only medical facility that operates on a year-round basis in the Khumbu area. The Kunde Hospital is equipped to handle basic medical care including some minor operations such as caesarean section or appendicitis – all complicated cases are sent to Kathmandu.  The plan for the next ten years and probably beyond is to continue funding and monitoring the administration of the Hospital with the Himalayan Trust Nepal as we have done since 1976.

Kami Temba Sherpa (now Doctor Kami Sherpa) who worked as a paramedic for 20 years at the Kunde Hospital was accepted into the University of Fiji’s Medical School  He then attended the University for four years and he received his medical degree. All this was done on a full Scholarship (now known as Mingma Norbu Scholarships) from the Sir Edmund Hillary Foundation.  After finishing his internship at Patan Hospital in Kathmandu, Dr. Kami Temba returned to Kunde.  He is now the Senior Medical Officer and Chief of Medicine at Kunde Hospital. He will continue to have the backup of one local doctor and at times (when he feels it necessary) a foreign volunteer doctor.

In 2006 Mingmar Chering Sherpa, a Mingma Norbu Sherpa Scholarship student,  graduated and received his medical degree from Kathmandu University Medical School.  Dr. Mingmar is due to finish his one-year compulsory internship posting in his teaching hospital in the next two months and will come to Kunde on completion of his internship.  He will commence his work some time next year as it is good to have at least six months residency experience prior to coming to Kunde Hospital.

We also continued to sponsor Tsering Wangdi Sherpa who graduated in 2007 and is interning in Kathmandu.   Mingma Tsering Sherpa who finished his third year of medical school is the most recent medical student studying under the Mingma Norbu Scholarships at Kathmandu University Medical School.. We also have a young lady, Liza who is a Rai from the Solu Valley, attending medical school in her fourth year at a University in China again under the Mingma Norbu Sherpa Scholarship Program.

Kunde Hospital has a very basic and limited laboratory facilities as no changes or improvements have been done for some time.  With growing demand of lab investigations, we are up-grading laboratory facilities in order to do basic tests such as peripheral blood smear, urine/stool microscopy, renal function test, liver function test, electrolytes, gram stain etc.  At present Kunde Hospital does have a skilled pharmacist at hospital.  We have a health worker, Geshe Nuru who has been trained as a pharmacist. He has taken a 15 – month training course in kathmandu.

The primary objective of the Foundation continues to be the funding of and the furthering of our major projects (education, medical and environmental) in Nepal to 2015 and beyond.  With the generous assistance from our loyal private sector supports, it is anticipated that all our commitments for the future will be met. 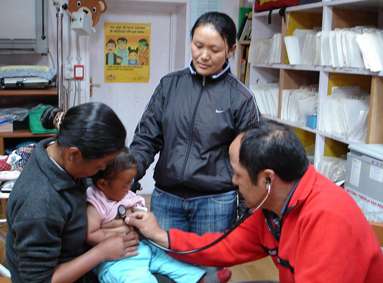 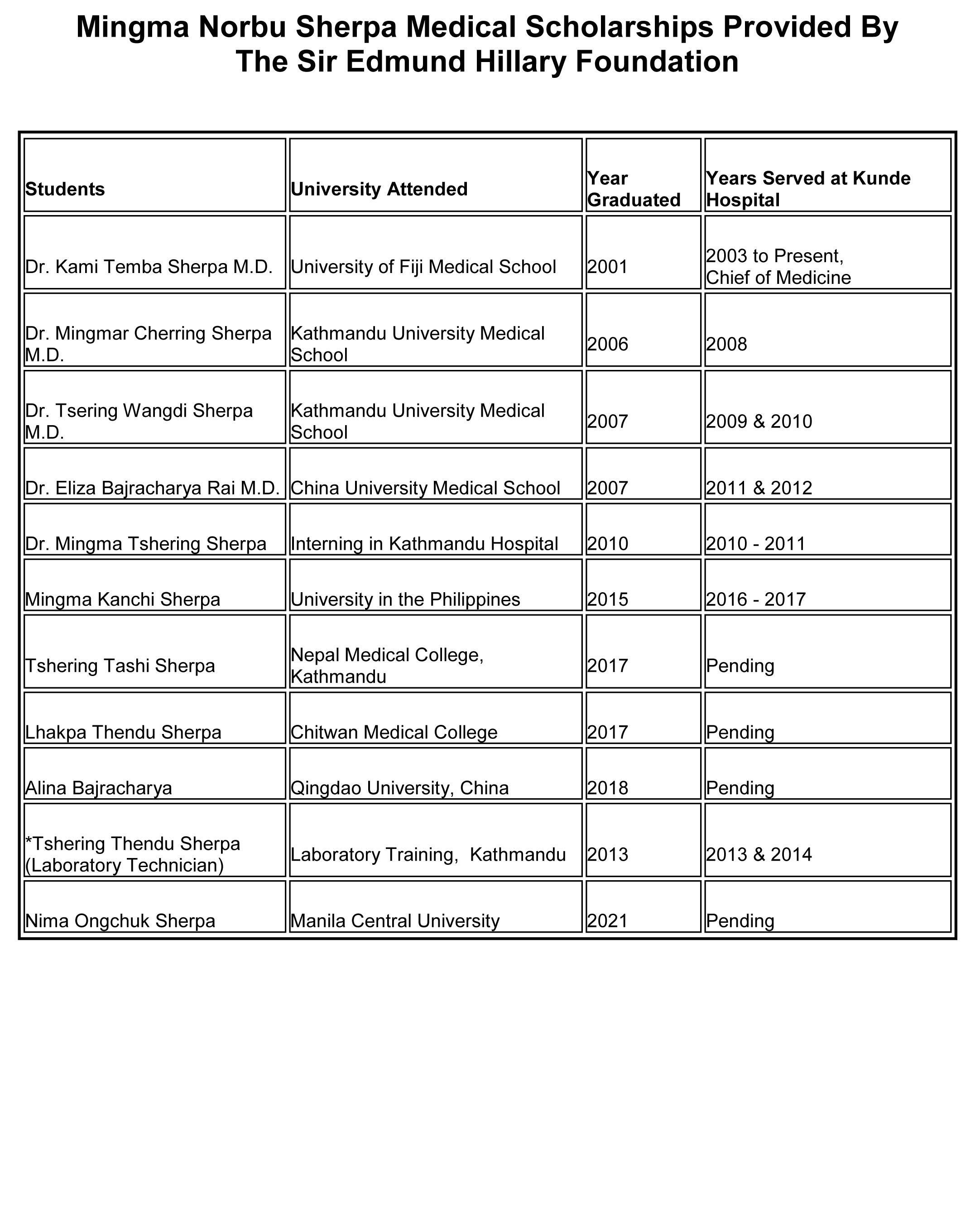